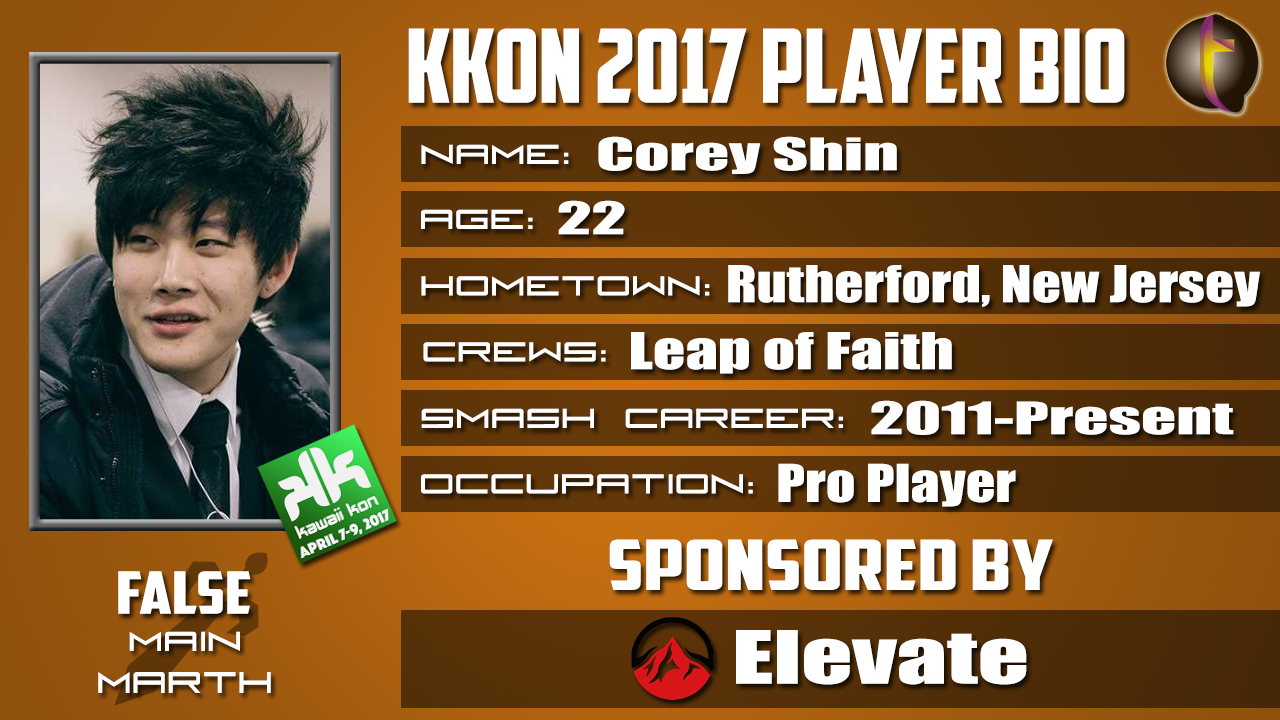 False is a Marth main from New Jersey. False has very special ties to Hawaii despite not being born in there. False was inspired to pick up Smash Bros Brawl competitively in 2011 after seeing a video featuring a Hawaii Smash Bros Crew called GSM (GimpStyleMadness).

Ever since then False has grown into a very skilled player. His respect and admiration for GSM is reflected in his fast, flashy and fluid gameplay. False is also widely known in the Smash community for his amazing video editing and video production and is often called upon to do trailers for upcoming major events. Falses notable tournament results include 7th at CEO 2016 and 1st at Midwest Mayhem 3. False was recently picked by Elevate eSports earlier this year. Team Elevate is an eSports organization based in United States that specializes in Team Shooters and MOBAs, but have recently been showing interest in Smash as they also signed top 10 player Mr. R to their team as well. False is currently ranked 5th in New Jersey and 41st overall in the world. Although most eyes will be on Abadango and VoiD at KKON 2017, False is more than capable of dishing out some upsets and should definitely not be slept on.