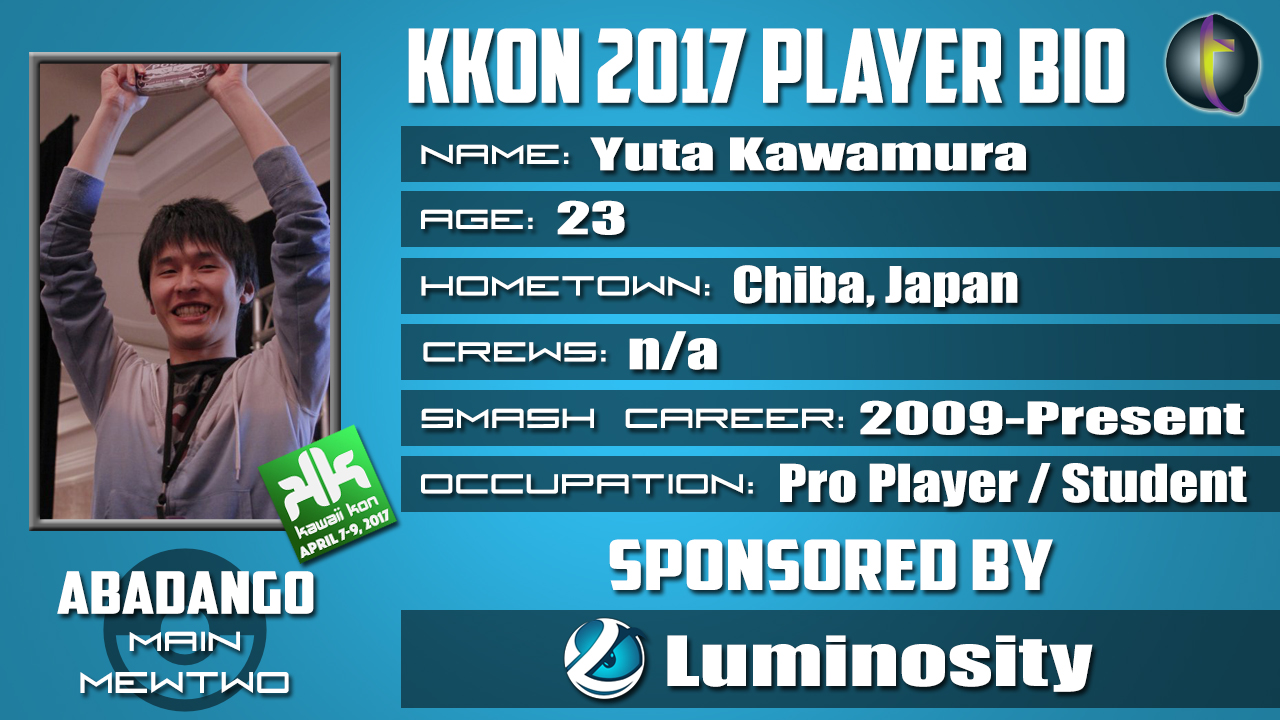 Abadango is a Mewtwo main from Chiba, Japan. Abadango first started competing and traveling during the Smash Bros Brawl era. His rise to fame started with the release of Smash Bros Wii U with his revolutionary Pac-Man play. Using the relatively unexplored character, he quickly became a fan favorite. Even though he has since switched from Pac-Man to Mewtwo and Meta Knight he continues to bring excitement and hype to any event that he attends. His most notable placings were 4th at EVO 2015 and his big win at Pound 2016 where he won it all. His hard work and dedication to traveling to the states has earned him a spot on team Luminosity Gaming. Luminosity is an eSports organization based in Canada. Luminosity Gaming was founded in 2015, and specializes in CSGO, LOL and other team based eSports. Abadango is currently ranked 12th in Japan and 7th overall in the world. Will Abadangos first trip to Hawaii also be his first KKON victory? Or will Hawaii be able to defend against the Mewtwo master?