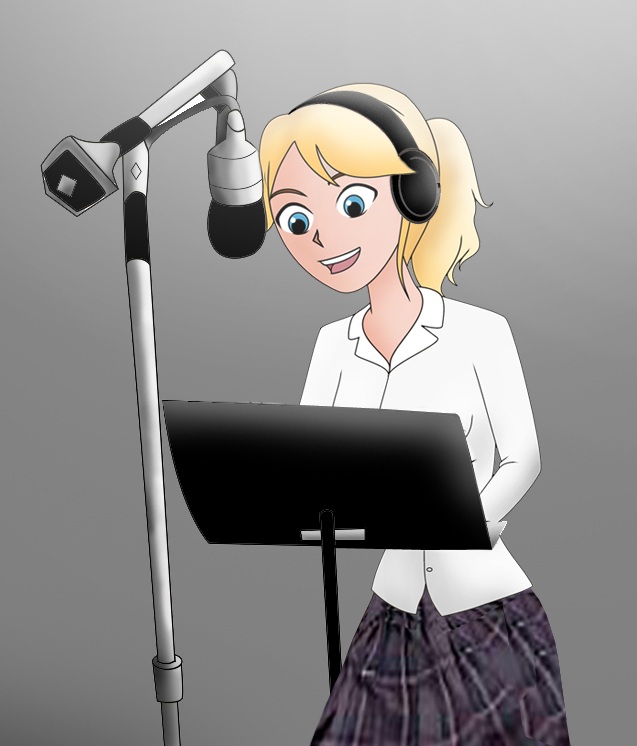 Hynden Walch loves her job. She is the voice of Starfire on TEEN TITANS and the new TEEN TITANS GO!, Princess Bubblegum on Cartoon Network’s smash hit ADVENTURE TIME, and Harley Quinn on THE BATMAN series, as well as in the DCU animated feature BATMAN: ASSAULT ON ARKHAM, for which she received a BTVA People’s Choice Award. Hynden can also be heard as Summer in Disney Junior’s HENRY HUGGLEMONSTER, Viridi in KID ICARUS (BTVA Award,) Blackfire and many others on TEEN TITANS GO!, DOC MCSTUFFINS (Bubble Monkey and Picky Nikki), Princess Python and Supergiant in MARVEL’S AVENGERS ASSEMBLE, Pixies Lockette and Amore on Nickelodeon’s W.I.N.X. CLUB, Ace on JUSTICE LEAGUE, Platinum and Tin on THE METAL MEN, Elsie the cat in Playhouse Disney’s STANLEY, and Penny Sanchez in the Frederator classic, CHALKZONE. She’s proud to have been twice nominated for BTVA’s Voice Actress of the Year.

In anime, Hynden played Me no Warawa in Studio Ghibli’s Oscar nominated film THE TALE OF PRINCESS KAGUYA. She can also be heard as Nia in GURREN LAGANN, Amy in IGPX: IMMORTAL GRAND PRIX, LUCKY STAR (Yutaka), THE MELANCHOLY OF HARUHI SUZUMIA (Emiri Kimidori and Mori), THE DISAPPEARANCE OF NAGATO YUKI-CHAN (Mori), KARAS: THE PROPHESY, and as Halle in THE LAWS OF THE UNIVERSE PART 0.

On camera, Hynden can be seen in the classic film GROUNDHOG DAY (Debbie), JERRY MCGUIRE (divorced women’s group member), DRILLBIT TAYLOR (Emmit’s mom), THE UNTOUCHABLES (Mae Capone), CHARMED (Marcie Steadwell), and SUDDEN MANHATTAN (Georgie). She won the Outer Critics Circle Award for her performance as Little Voice in THE RISE AND FALL OF LITTLE VOICE on Broadway, a role she first performed at Steppenwolf Theater Company in Chicago. Hynden last appeared on stage as Columbia in THE ROCKY HORROR SHOW with David Arquette. She studied voice at the North Carolina School of the Arts, received a B.A. in American Literature summa cum laude from UCLA, and founded the Hillside Produce Cooperative, a free exchange of local, organically grown food, for which she was recently named runner up Citizen Entrepreneur of the Year by Global Green USA.