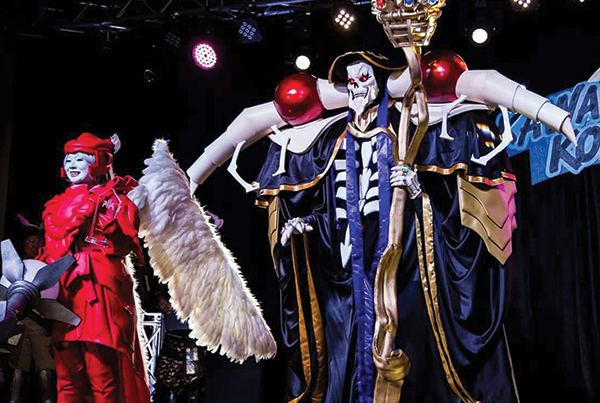 BijinRyu is a young avid cosplayer born and raised in Hawaii. She has been working on cosplay/costumes since she was 4 years old. She first got into cosplaying because of her parents. Growing up both of her parents enjoyed watching anime, sci-Fi, cartoons and other related genre. She often says “I’ve learned a lot of my skill sets from my parents and that’s how it all began.” She helped her mother from a very young age making the families costumes for different events, other people and even the family dogs. As a family they would dress up and enter contests. For a long time there were never any Japanese Anime related cosplay events in Hawaii. A few years later she went to the very first cosplay anime contests at Suncoast, Toys n Joys, the first Kawaii Kon in 2005, often winning first place. The first cosplay she entered for Kawaii Kon was Sango (from Inuyasha), her father as Inuyasha and her family friend as Lord Sesshomaru, they won judges choice. After the excitement of winning she was hooked, cosplaying became her new hobby. Every year since she has cosplayed at Kawaii Kon and other cosplay conventions. With every passing year she has improved her cosplaying skills and has made larger more intricate cosplays/costumes. Some of her best known award winning cosplay costumes have been featured at our Local Kawaii Kons. At the 2017 Kawaii Kon she debuted her hand made cosplay from the anime called Overlord, cosplaying as Shalltear Bloodfallen with her companion Momonga (Kasuga Issei cosplayer inside), everything except her wig and contacts was handmade.

BijinRyu uses the skill sets her parents taught her to create complex cosplays and props mostly from anime/manga’s, but dabbles in movie, game, comic, sci-fi and cartoon costumes. She specializes in sewing, concept design, foam work, molding, sculpting and painting. She creates all of her work from scratch, and makes each of her cosplays/costumes/props as accurately to the original character as humanly possible. Is she doesn’t know how to make it, she learns, adding to her skill set every year. BijinRyu asks you to “join in on the world of cosplay where you can be whatever you want to be, there are no boundaries to what you and your imagination can produce.”