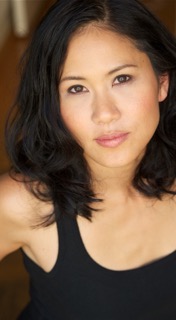 Best known as the voice of Pearl on Cartoon Networks’ Emmy nominated animated series, Steven Universe. Deedee has also lended her voice to Disney’s Doc McStuffins, HBO’s Princess and the Pea and Johnson Enos’ Honu By The Sea. She began performing as an original cast member on the Disney Channel’s New Mickey Mouse Club, which later led to recording 4 albums under Hollywood Records with the 90’s pop group, The Party. She then landed the lead role of Kim in Miss Saigon on the US National Tour and eventually Broadway. She has also played Nessarose in the musical, WICKED in San Francisco as well as the 1st National Tour, and understudied Idina Menzel and La Chanze in the Broadway Musical, If/Then. Other film and TV roles include Sister Act 2, FACE, Rear Window, Third Watch & Dellaventura. She is co-founder of the mommy singing group, Mama Bares which recently released their debut single, So What. Her favorite role is wife to Cliffton and mommy of 2 beautiful boys.