BABY the Stars Shine Bright & Alice and the Pirates

Mimi graduated from design school with a focus on design and pattern making.
From accessories to apparel, Mimi produces elegant and feminine head-to-toe looks for all ages. 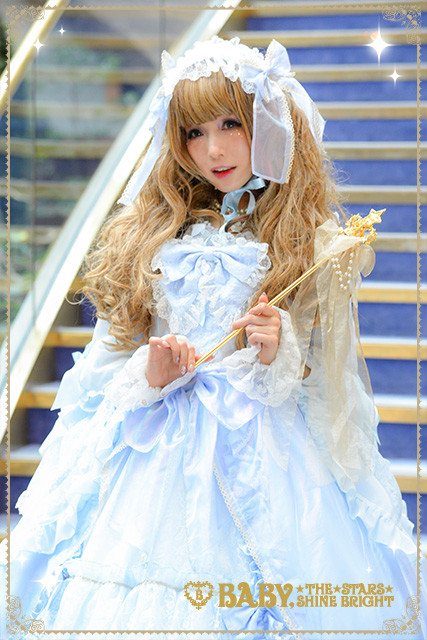 Rin is the manager for BABY, The Stars Shine Bright’s Harajuku flagship store, as well as one of the lead models for the brand’s annual Tea Party Fashion Show since its inception. She has also modeled in many of the brand’s fashion shows at events overseas.
A Rin-inspired series has also been featured in every annual Tea Party Fashion Show for the last 7 years. With Rin modeling her namesake series on the runway, the releases are wildly popular, with themes including Black Cat, Tinker Bell, Gretel, Twinkle Fairy, and more.

Established in 1988, BABY, the Stars Shine Bright is a Lolita fashion clothing brand founded by Akinori and Fumiyo Isobe in Tokyo, Japan. The brand’s vision is to create designs that make one feel cute and elegant like a beautiful princess, happily dressing up in fancy frills and lace.

In 2004, BABY, the Stars Shine Bright was featured in the cult hit movie Kamikaze Girls, which made Lolita fashion known around the world.

In 2007, the sister line ALICE and the PIRATES was established. With the concept of “If Alice in Wonderland got lost in a world full of pirates,” the line has a characteristic darker edge with careful attention to detail.