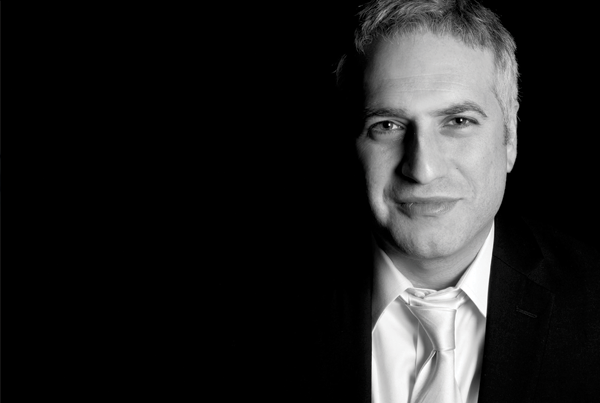 Eric Roth is known for an original and expressive musical personality, recognized internationally as an orchestrator/arranger, conductor, composer, producer and educator.

In 2016 the Pat Benatar/Neil Giraldo orchestra production launched with the Pittsburg Symphony. Eric was the primary arranger and orchestrator for this project. In 2011 he was the orchestrator and Associate Producer for Mannheim Steamroller Christmas Symphony and also for 2013’s follow-up recording. In 2014 Eric was co-producer and the main orchestrator/arranger for A New World: intimate music from FINAL FANTASY – Live in London release. He was the conductor for the “Surprise, Oprah! A Farewell Spectacular,” at the United Center, Chicago 2011 for a list of performers that includes Aretha Franklin, Stevie Wonder, Patti Labelle, Usher, Kristin Chenoweth, Jamie Foxx and Josh Groban.

Eric’s worked as conductor and orchestrator for live performances by chart-topping singer/songwriter John Ondrasik/Five For Fighting and arranged music for the live Five For Fighting String Quartet production. He’s been the conductor for performances by the Utah Symphony Orchestra, the KMH Symphony Orchestra (Stockholm, Oslo), and for orchestras/ensembles with artists such as Seal, Jewel and Stevie Nicks.

Original music includes music for the documentary film Baseball’s Been Very, Very Good to Me: The Minnie Minoso Story, music for Curious George’s Dictionary application for mobile devices and other applications by Scrollmotion, ER’s own recording of minimal percussion music Battery, Lyceum for Percussion Ensemble and solo recitation, Marquette, Michigan, The Clark Street Bridge Project for 80-plus percussionists—for the City of Chicago Department of Cultural Affairs, and Secret Cheese—for the Tate Modern, London. etc.

Eric’s taught at the Brooklyn College Conservatory of Music (New York), Boston University (Distance Ed.) and other institutions. ABD for a Doctor of Musical Arts degree in music composition at The Graduate Center (City University of New York), Eric holds a MA from Mills College and a BA from the University of Michigan. His composition teachers include Tania Leon and Alvin Curran.