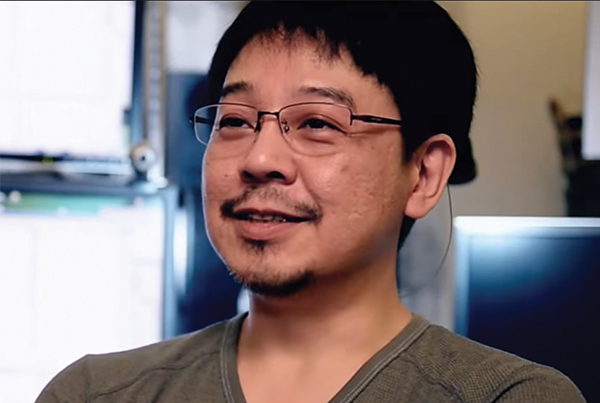 He started activities as game music composer through his work on the doujin game ‘Revolter'(1988) when he was student. After working as a freelance artist for 8 years, he established Basiscape Co., Ltd.in 2002, and inaugurated as CEO. While concurrently holding positions of composer and CEO, he is also ambitiously trying to train young artists. He established his position as a pioneer of orchestral formation game music by ‘Ogre Battle'(1993), ‘FINAL FANTASY TACTICS'(1997).

A number of his works with magnificent scale and profound sound are getting endless support from overseas as well as in Japan.

Sakimoto’s masterpieces includes ‘Final Fantasy XII’ , a series of ‘Valkyria Chonicles’ ‘Dragons Crown’ and many others. Sakimoto is now activity involved in many different genres, not only in game music, but also anime and CM songs and collaboration albums with other artists.