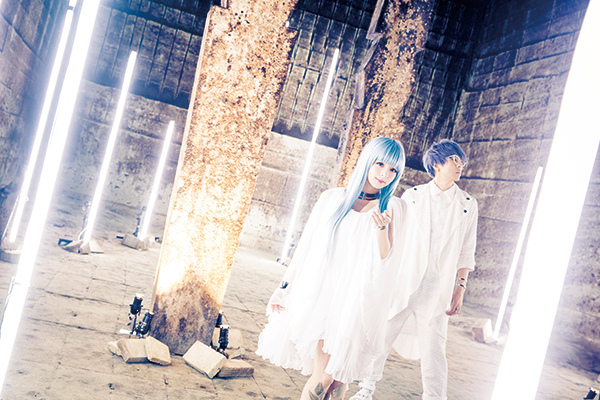 GARNiDELiA is a music unit composed of MARiA, a female vocalist and toku, a music composer. Both are incredibly talented and have garnered musical fame independently. toku has written and arranged hit songs of Angela Aki, LiSA, An Café and others. MARiA performs with several musicians such as Jin(vocaloid producer), as guest vocal, and her video uploads have exceeded 2 million views.

The two worked together on the song “COLOR” before GARNiDELiA was formed, the song was chosen to be the theme for the anime “Freezing”

Their major debut as GARNiDELiA occurred in 2014, with their single “ambiguous”- used in the opening of Studio Trigger’s “Kill La Kill”.

In July 2014, their second single “grilletto” was for  “The irregular at magic high school”, in October, “BLAZING” was for “Reconguista in G”, both songs were used as a theme song for those anime titles.

Right after releasing their 1st album “Linkage Ring”, including all the smash-hit anime tie-in songs, they released their latest single “MIRAI”, released in May and can be heard as the theme song for“Gunslinger Stratos”.

In August they have just released their indies greatest hits album “BiRTHiA” including the smash-hits “ARiA” and “SPiCA”!