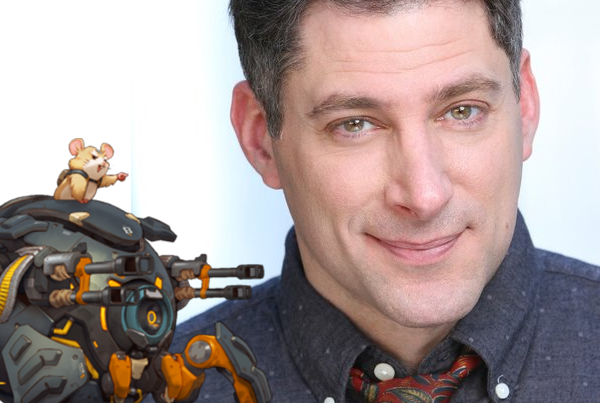 Jonathan was born in New York City. At a very early age he started using his voice to mimic the sounds and voices around him. At the age of eleven he began performing in various stage plays and musicals in school. At age thirteen his interest in piano surfaced and he could be heard playing classical favorites without reading a note of music. The same gift of his ear for recreating sounds and voices allowed him to learn songs on the keyboard as well.

His newest most well-known role being the voice of the mech Wreckingball in Overwatch, along with Mack in Recore and various other roles.

In High School he was honored with the Vocal Music, Drama, and Theater Workshop awards. At College he cultured skills as a Broadcasting major while working at both the Alternative Rock as well as the National Public Radio stations on campus.

In time, it was clear that his original material in both music and voice would most exemplify his talents. After a four year stay in Atlanta, GA to hone his skill set and build a portfolio, he moved to Los Angeles to be closer to the Motion Picture and Television capital of the world and follow his dream of voicing animated characters. A veteran of stage and radio, he resides in Los Angeles, California where he enjoys a rewarding career in voiceover.