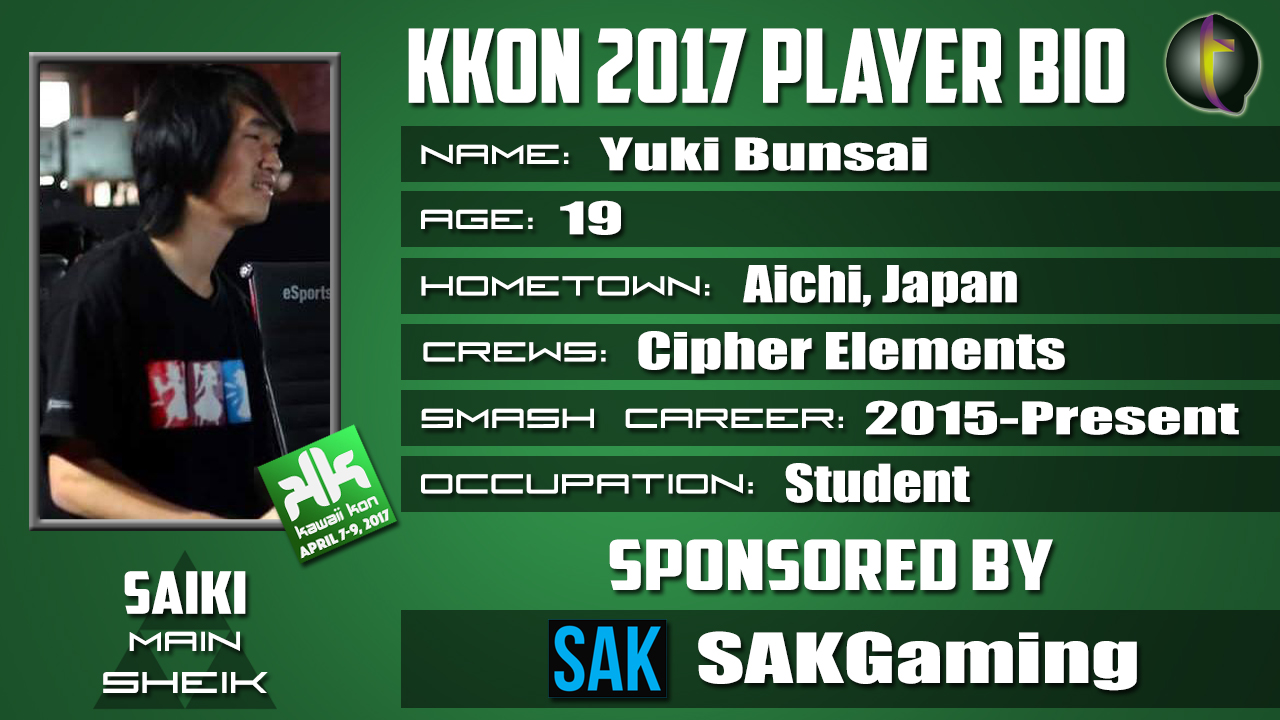 Saiki is a Sheik main from Arizona.
Born in Japan he moved to Hawaii with his family where he finished High School. In 2013 he again moved to Arizona for college and started playing Smash Wii U competitively in 2015.

Despite not having any prior competitive gaming experience, he showed natural talent and intuition as he quickly climbed Arizonas Power Ranking. His gameplay is accentuated by his strong fundamentals and reactions. His laid back personality has caused him to fly under the radar for the better half of 2016 despite upsetting some of West Coasts big names.

Winning KKON2017 could propel him into the mainstream spotlight. Saiki is currently ranked #1 in Arizona and is sponsored by SAKGaming. SAKGaming is a local sponsor in Arizona that helps local talent with eSports opportunities and hosts local events.