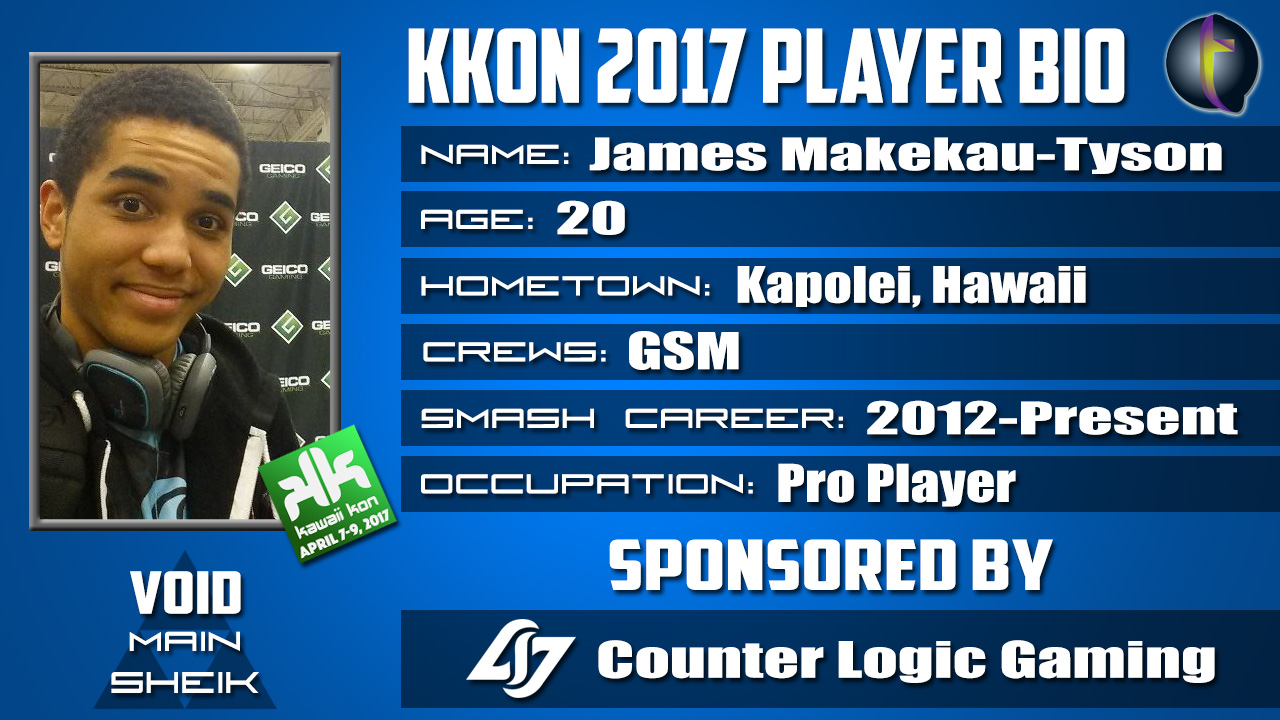 CLG | VoiD
VoiD, also known as gsmVoiD, is a Sheik main from Kapolei, Hawaii who is currently residing in Southern California. After dominating the Hawaii scene for the better part of a year VoiD decided to take his game to the next level and move to California in 2015. The gamble quickly paid off as he placed well in locals and shot up the Socal Power Ranking. VoiD became very popular due to his exciting combo game and incredible execution. His character control and punish is so unique that his fans have dubbed his combos “VoiD Combos” as they are only combos that VoiD can do. VoiD has had one of the best overall placings for Smash Wii U majors in 2016 placing 4th at Genesis 4 and EVO 2016 among others. This caught the attention of CLG (Counter Logic Gaming) one of the biggest and most well known eSports organizations in the world. VoiD is currently ranked 2nd in Socal and 6th overall in the world. Last year VoiD came so close to defending Hawaii at Kawaii Kon 2016 but finished 2nd to the now 2 time champion Larry Lurr. Will this be VoiDs year?