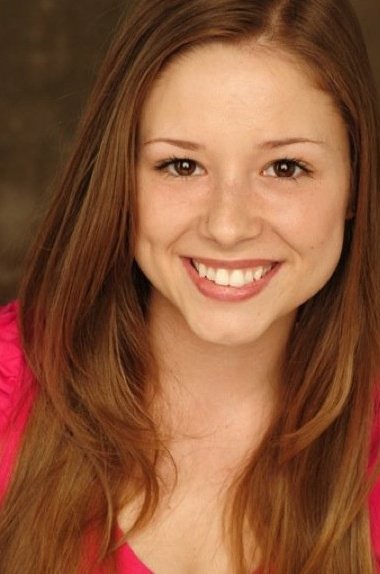 Brittney Karbowski began voice acting right out of high school at ADV Films. She had so many great roles there it’s hard to know where to start! She played Fuko in Gilgamesh, Mone in Yumeria, Himeko in Pani Poni Dash, Aoba in Jinki Extend ,and Ayu in Kanon.

In 2007, she began working for Funimation playing Mai in My Santa. Shortly after she played Apis in One Piece , Anri in Sasami: Magical Girls Club, Ku in Shattered Angels, Sia in Shuffle,and Nina in Save Me Lollipop.

In 2010, she landed the role of Black Star in Soul Eater. She also voiced Pride in Fullmetal Alchemist Brotherhood, Ryou in Clannad, Yuri in AngelBeats, Ikaros in Heaven’s Lost Property, Nanami in Chaos Head, Eve in Needless, Yamada in B Gata H Kei: Yamada’s First Time, Chizuru in Hakuoki, Mikoto in A Certain Magical Index, Wendy In Fairytale, Rin in Little Busters,Himiko in Btooom, Manami in Cat Planet Cuties, Arisu in High School of the Dead, Cecilia in Infinite Stratos, Hitch in Attack on Titanu, Sanae in Love Chunibyo and Other Delusions, Aria in Akame Ga Kill, Migi in Parasyte the Maxim, Cecil in Wizard Barristers, Vivian in Cross Ange, Cian in Project Itoh Harmony, Lute in Monster Hunter Stories:Ride On!, Ithea in World End, Karen in Gamers, and the list just keeps on going!!

She spends her free time in Houston with her Husband Matthew, her daughter Edith, and their 3 fur-babies.