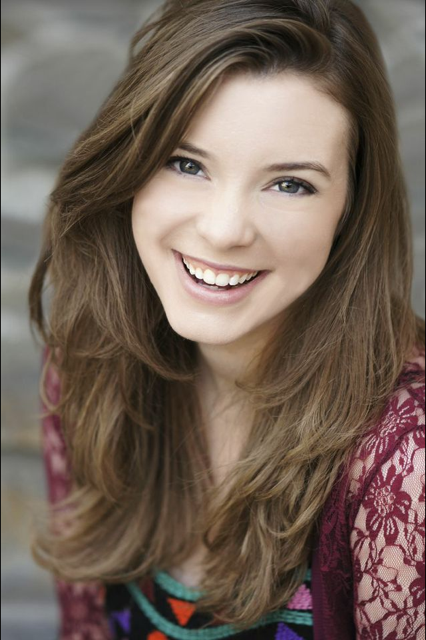 Cherami Leigh has been in the industry for 20 years. She has been in over 75 commercials, and has worked on over 100 anime projects including “Lucy” in Fairy Tail, “Asuna” in Sword Art Online, “Road” in D. Grayman, “Lizzie” in Black Butler, “Mai” in Ghost Hunt, and “Patty” in Soul Eater and has worked on over 20 video games- including Borderlands 2- in which she plays the popular DLC- Gaige. She has also been announced to be playing “Sailor Venus” in Sailor Moon,”Mika” in Psycho Pass, Kajun in “BlazBlue” and Komaru Naegi in the latest installment of the “Dangan Ronpa” series.

She is a series regular on the Sprout hit- “Zou”, a lead role in the animated feature “Ribbit” has guest starred on “Doc McStuffins” and plays “Peanut Big Top” in the La La Loopsy Girls. She starred in Shane Dawson’s “Not Cool” and the Starz Original Series “The Chair.”

She has appeared in the Emmy Award Winning “Temple Grandin”, as well as “Friday Night Lights,” “The Deep End,” “Chase,” “Shameless,” “Bones” and “Longmire” to name a few. She worked on “Fast Food Nation,” with Richard Linklater, “The Hottest State,” with Ethan Hawke, “The Mist,” with Frank Darabont among others. She also stars in the recently released faith based drama “Beyond the Farthest Star.” She also starred in and produced two seasons of the award winning webseries “Throwing Stones.” She has other projects in various stages of production she is excited to share!