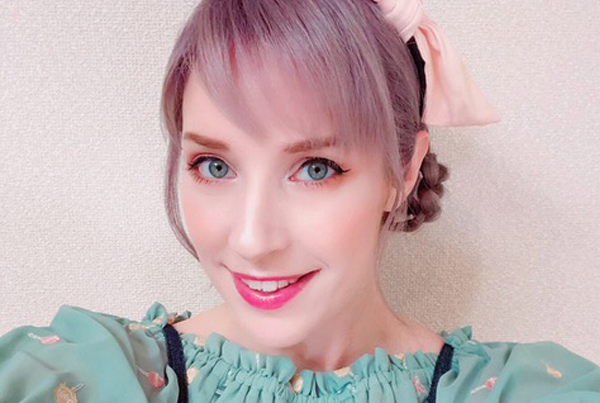 Originally from Washington D.C., Diana grew up watching anime with her father and was heavily influenced by the positive messages and infectious melodies of J-pop and anisong. She participated in NTV’s singing contest “Nodojiman the World”, winning the grand prize in Spring 2013, starting her journey towards a major debut later that year.

Today, she’s active as not only a singer, but also as one of the few bilingual voice actresses in Japan; performing various roles in Japanese for anime Meow Meow Japanese History and Drama CD Gijinka de Manabou: Systars as “DBMS”, as well as providing the English voices for Cyan and Joule (Azure Striker Gunvolt OVA,) Tomato Princess, Reiko, Jehuty, Ayako Katagiri, and Nyami (Super Bomberman R,) Aura (Shimajiro and the Island of Magic,) and Maria in the upcoming mobile Castlevania. She originates several bilingual characters for TV and games; Elllie in Magna to Fushigi no Shoujo,“Shoujo” Shikhondo: Soul Eater and several regular characters in Benesse’s Shimajirou and Hop! series.

Recently stepping into acting, she’s appeared in various TV dramas and Movies such as“Shiba Kouen,” “Prison 13,” and“Shibuya Boys Scramble.” She frequently appears as a guest on a wide variety of TV and radio, covering anything from musical performances and comedy to otaku subculture and Japanese travel and history.